The Eureka Lacrosse team had an exceptional 2018 season, going 16-5 overall. In post-season play, they climbed to the semi-finals with a 12-7 win over CBC and finally fell   to St. Louis University 10-8 in a hard-fought semi-final game. 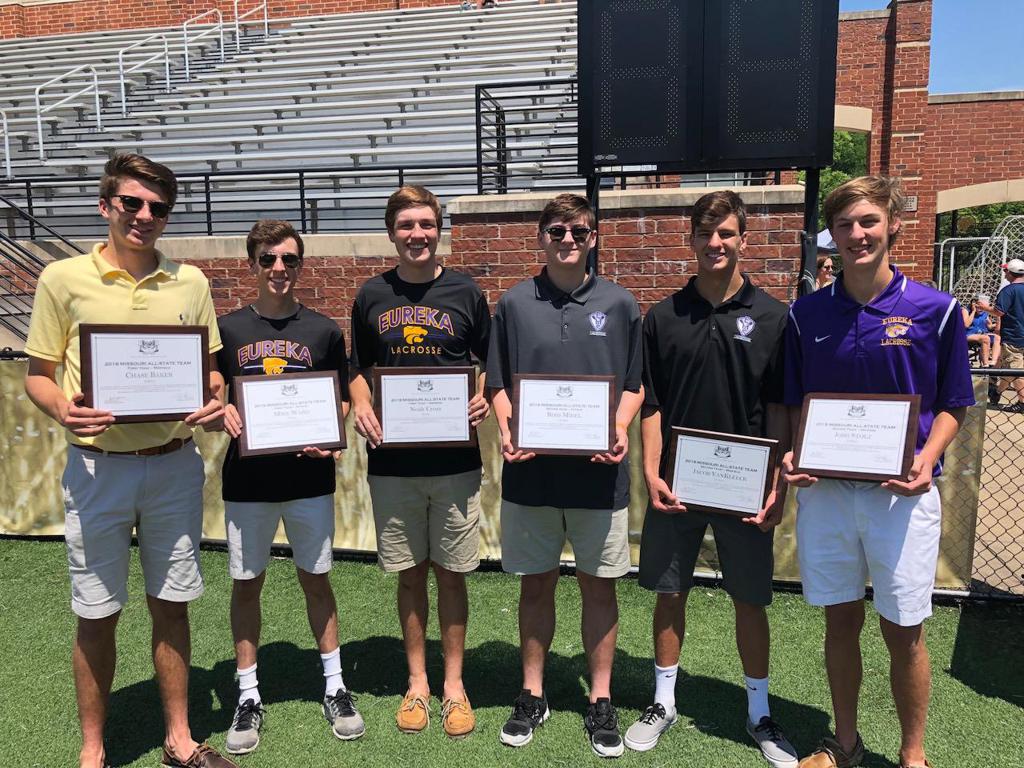 Six Eureka players were recognized at the end of the season at the state and local level for their accomplishments during the Spring 2018 Season, including:

Baker led the area with 97 goals, including seven in the postseason as Wildcats reached MSLA State Championship semifinals. Baker's 119 points were second in the area only to All-Metro player of the year Graham Bundy Jr. A USL All-American selection, Baker scored eight goals in two different games and had a season-high 11-point game March 29 against Marquette.

Ward's 35 assists ranked fifth in the area and he also scored 33 goals for 68 points, seventh-best among area players. He will play with Embry Riddle Aeronautical University in 2019.

Cross made it difficult for the opposing teams’ offense, and scooped up 55 ground balls during the season. He will play for Washington University next Spring.

In addition to the players, head coach Tim Ganey was named 2018 MSLA Coach of the Year. Ganey has been with the program since 2010.

Tag(s): Home  In the News  Varsity